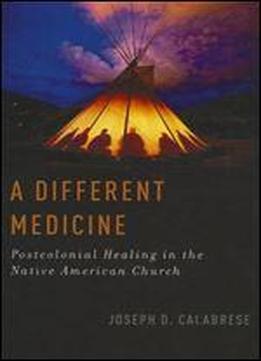 Drawing on two years of ethnographic field research among the Navajos, this book explores a controversial Native American ritual and healthcare practice: ceremonial consumption of the psychedelic Peyote cactus in the context of an indigenous postcolonial healing movement called the Native American Church (NAC), which arose in the 19th century in response to the creation of the reservations system and increasing societal ills, including alcoholism. The movement is the locus of cultural conflict with a long history in North America, and stirs very strong and often opposed emotions and moral interpretations. Joseph Calabrese describes the Peyote Ceremony as it is used in family contexts and federally funded clinical programs for Native American patients. He uses an interdisciplinary methodology that he calls clinical ethnography: an approach to research that involves clinically informed and self-reflective immersion in local worlds of suffering, healing, and normality. Calabrese combined immersive fieldwork among NAC members in their communities with a year of clinical work at a Navajo-run treatment program for adolescents with severe substance abuse and associated mental health problems. There he had the unique opportunity to provide conventional therapeutic intervention alongside Native American therapists who were treating the very problems that the NAC often addresses through ritual. Calabrese argues that if people respond better to clinical interventions that are relevant to their society's unique cultural adaptations and ideologies (as seems to be the case with the NAC), then preventing ethnic minorities from accessing traditional ritual forms of healing may actually constitute a human rights violation.