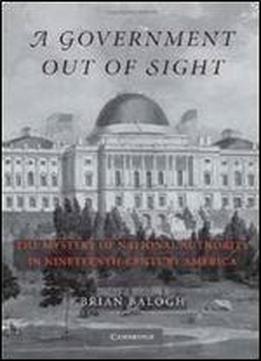 A Government Out Of Sight: The Mystery Of National Authority In Nineteenth-century America
by Brian Balogh / 2009 / English / PDF