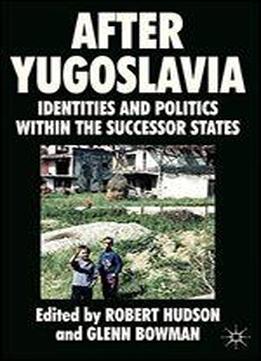 After Yugoslavia: Identities And Politics Within The Successor States
by Robert Hudson / 2011 / English / PDF

After Yugoslavia is a collection of post-Yugoslav voices reflecting recent developments and trends ught within the Yugoslav successor states since the signing of the Dayton Agreements in autumn 1995. This book offers a distinctive and desirable perspective on the seven successor states, their cultures, politics and identities. It provides an internal perspective on the region and its developments through a multitude of views which are rarely brought into conjunction. The collection is interdisciplinary in its approach, albeit with an emphasis on contemporary politics. It draws together anthropologists, historians, sociologists, constitutional lawyers, political commentators and other scholars, many of whom have international reputations and are highly regarded in their own disciplines. Publisher description.