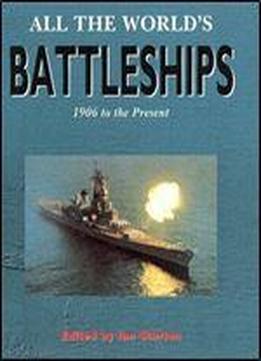 For two generations, battleships, sometimes known as all-big-gun ships, represented the military might and pride of their countries. They threatened, they impressed, they surprised in a way no other symbol could. Their presence could influence events for hundreds of miles around. Their like will never be seen again, as large surface ships are no longer considered practical in the missile age. All the World's Battleships provides the technical data, gives the design background and outlines the careers of the world's battleships and battlecruisers. The information has been revised and expanded from Conway's renowned 'Fighting Ships' series. Organised by nation, tape and class, each battleship is described in detail and every page is illustrated with plans and historic photographs, many shown across double pages so that the fascinating details can be appreciated. The ship histories include references to important technical and political developments in the various navies of the world.