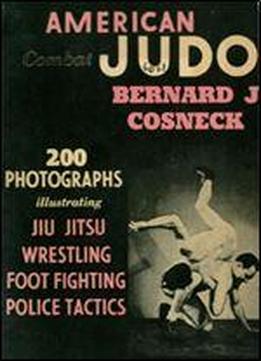 As a student at the University of Illinois, "Barney" Cosneck won two Big Ten wrestling championships. Later he served as Judo instructor in the armed forces, where he co-authored "How to Fight Tough" with Jack Dempsey. In "American Combat Judo" he has adapted the best of Japanese ju jitsu, French foot fighting, Chinese boxing and American wrestling to produce simple but effective techniques for defense and counterattack. Authored in 1944 and illustrated with 188 photo sequences, this book, considered one of the cornerstones of American WWII era "Combatives" is a unique window into self defense theory and the early evolution of combined martial systems.