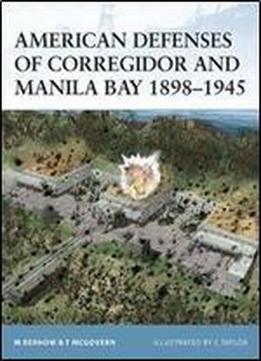 The Philippines were declared an American Territory on January 4, 1899, and fortification construction soon began on the islands in the mouth of Manila Bay. Among the sites built were Fort Mills (Corregidor), Fort Frank, and the formidable "concrete battleship" of Fort Drum. The defenses suffered constant Japanese bombardment during World War II, leading to the surrender of American forces. In 1945 the forts were manned by Japanese soldiers determined to hold out to the bitter end. This title details the fortifications of this key strategic location, and considers both their effectiveness and historical importance