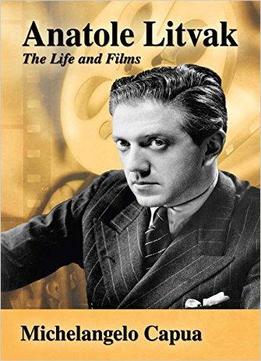 During his 40-year career, director-producer Anatole Litvak (1902-1974) made films of all genres in Russia, Germany, England, France and the United States. His rootless background was cited by critics lamenting his lack of consistent style, but it also added to his mystique as a chameleon-like réalisateur. Litvak directed Hollywood greats like Edward G. Robinson, John Garfield, Kirk Douglas, Ingrid Bergman, Vivien Leigh, Sophia Loren, Anthony Perkins, Olivia de Havilland, Yul Brynner, Burt Lancaster, Barbara Stanwick and many others. He was twice nominated for Best Director by the Academy of Motion Picture Art and Sciences for The Snake Pit (1948) and for Decision Before Dawn (1951). These films–along with Mayerling (1936), Sorry, Wrong Number (1946) and Anastasia (1956)–are considered classics, but his pictures don't offer many clues about Litvak the man. Apart from passing references to his wartime service as combat documentarian, he never discussed his life in print, allowing only brief interviews relating exclusively to his work. This biography fills that void, providing the first detailed portrait of an artist described by film historian Richard Schickel as "an adept, adaptable and prolific man; the kind of director that Hollywood likes best."