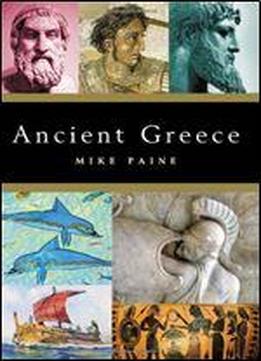 Western civilization began with the Greeks. From the highpoint of the 5th century BC through the cultural triumphs of the Alexandrian era to their impact on the developing Roman empire, the Greeks shaped the philosophy, art, architecture, and literature of the Mediterranean world. Beginning with the Homeric period, once believed to be a realm of myth, Paine takes the reader on a journey throughmore than 12 centuries of Greek culture. He shows what archaeologists have revealed of the Trojan Wars and Mycenae, outlines the glories of Athens at its height, and provides a gripping narrative of the struggle between the Greeks and the mighty Persian empire. The guide also highlights the careers of great political and military leaders, such as Pericles and Alexander the Great, and explores the importance of great philosophers, including Plato and Aristotle. Dramatists and demagogues, stoics and epicureans, aristocrats and helots all take their place in the unfolding story of Greek achievement.