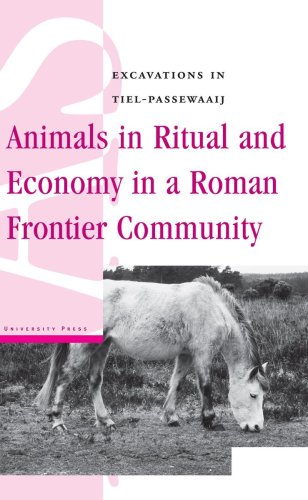 Animals In Ritual And Economy In A Roman Frontier Community: Excavations In Tiel-Passewaaij
by Maaike Groot / 2009 / English / PDF

This volume explores the role of animals in the rural communities of Civitas Batavorum in the first to third centuries AD. Large-scale excavations of two settlements and a cremation cemetery in Tiel-Passewaaij have yielded an animal bone assemblage of around 30,000 fragments, and a valuable reference catalog of the special animal deposits is included here. The author also investigates the use of animals in funerary and other rituals, as well as the role of livestock in the local economy and in the production of surplus products for the Roman market.