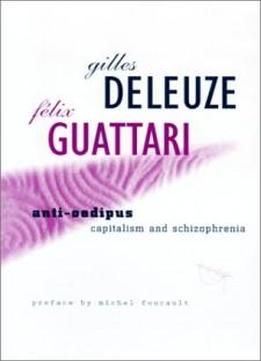 An "introduction to the nonfascist life" (Michel Foucault, from the Preface)

When it first appeared in France,

was hailed as a masterpiece by some and "a work of heretical madness" by others. In it, Gilles Deleuze and Félix Guattari set forth the following theory: Western society's innate herd instinct has allowed the government, the media, and even the principles of economics to take advantage of each person's unwillingness to be cut off from the group. What's more, those who suffer from mental disorders may not be insane, but could be individuals in the purest sense, because they are by nature isolated from society. More than twenty-five years after its original publication,

still stands as a controversial contribution to a much-needed dialogue on the nature of free thinking.