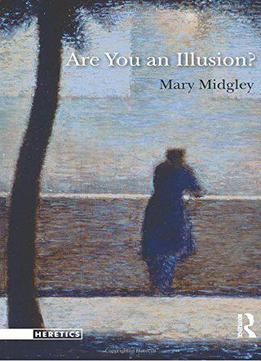 In Are You an Illusion? today’s scientific orthodoxy, which treats the self as nothing more than an elaborate illusion, comes under spirited attack. In an impassioned defence of the importance of our own thoughts, feelings and experiences, Mary Midgley shows that there’s much more to our selves than a jumble of brain cells. Exploring the remarkable gap that has opened up between our understanding of our own sense of self and today’s science, she exposes some very odd claims and muddled thinking on the part of cognitive scientists and psychologists when they talk about the self and shows that many well-known philosophical problems in causality and free have been glossed over. Midgley argues powerfully and persuasively that the rich variety of our imaginative life cannot be contained in the narrow bounds of a highly puritanical materialism that simply equates brain and self. Engaging with the work of prominent thinkers, Midgley investigates the source of our current attitudes to the self and reveals how ideas, traditions and myths have been twisted to fit in, seemingly naturally, with science’s current preoccupation with the physical and, in doing so, have made many other valuable activities and ideas appear as anti-scientific. Midgley shows that the subjective sources of thought – our own experiences – are every bit as necessary in helping to explain the world as the objective ones such as brain cells. Are You an Illusion? offers a salutary analysis of science’s claim to have done away with the self and a characteristic injection of common sense from one of our most respected philosophers into a debate increasingly in need of it.