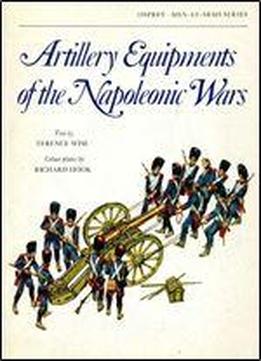 In the first half of the 18th century the French had been the European leaders in artillery, possessing the only standardized range of pieces. These pieces, were sturdy but extremely heavy. This book shows how at the beginning of the Seven Years' War (1756-1763), Austria seized the lead by introducing new light field pieces - the 3pdr., 6pdr., and 12pdr. guns - and some excellent light howitzers. Other powers adopted this new system, however no complete overarching methodology existed until the implementation of the Gribeauval system, which was to revolutionise the artillery of Europe and make possible the highly efficient field artillery of the Napoleonic Wars (1799-1815). Packed with specially commissioned artwork, maps and diagrams, the Men-at-Arms series is an unrivalled illustrated reference on the history, organisation, uniforms and equipment of the world's military forces, past and present.