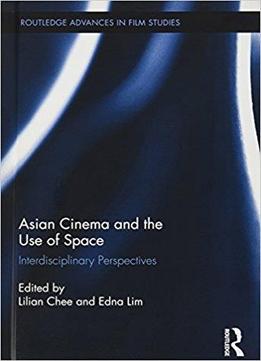 Asian Cinema And The Use Of Space: Interdisciplinary Perspectives
by Lilian Chee / 2015 / English / PDF

Asian cinemas are connected to global networks and participate in producing international film history while at the same time influenced and engaged by spatial, cultural, social and political transformations. This interdisciplinary study forwards a productive pairing of Asian cinemas and space, where space is used as a discursive tool to understand cinemas of Asia.

Concentrating on the performative potential of cinematic space in Asian films, the contributors discuss how space (re)constructs forms of identities and meanings across a range of cinematic practices. Cities, landscapes, buildings and interiors actively shape cinematic performances of such identities and their significances. The essays are structured around the spatial themes of ephemeral, imagined and contested spaces. They deal with struggles for identity, belonging, autonomy and mobility within different national and transnational contexts across East, Southeast and parts of South Asia in particular, which are complicated by micropolitics and subcultures, and by the interventions and interests of global lobbies.