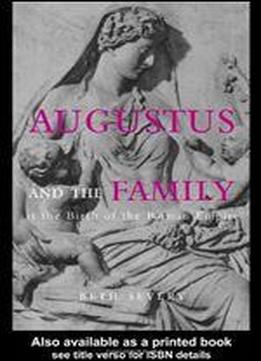 In this lively and detailed study, Beth Severy examines the relationship between the emergence of the Roman Empire and the status and role of this family in Roman society. The family is placed within the social and historical context of the transition from republic to empire, from Augustus' rise to sole power into the early reign of his successor Tiberius. Augustus and the Family at the Birth of the Roman Empire is an outstanding example of how, if we examine "private" issues such as those of family and gender, we gain a greater understanding of "public" concerns such as politics, religion and history. Discussing evidence from sculpture to cults and from monuments to military history, the book pursues the changing lines between public and private, family and state that gave shape to the Roman imperial system.