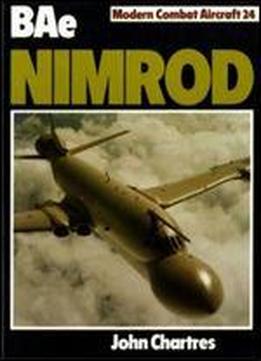 The Nimrod is a maritime patrol aircraft developed in the United Kingdom. It is an extensive modification of the de Havilland Comet, the world's first jet airliner. It was originally designed by de Havilland's successor, Hawker Siddeley, now part of BAE Systems. A major modification was the fit of a large weapon bay under the fuselage that can carry and drop torpedoes, mines, bombs and other stores. Sonobuoys for tracking submarines are dropped from special launchers in the rear of the fuselage. It has been the Royal Air Force's primary Maritime Patrol Aircraft (MPA) since the early 1970s, when it replaced the piston-engined Avro Shackleton. The RAF uses two Nimrod variants: the MR2 variant in the Maritime and for the Reconnaissance role the R1 variant in a reconnaissance and electronic intelligence gathering capacity (ELINT).