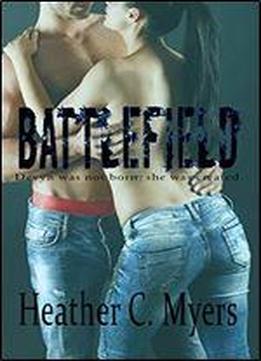 "I love strong Alpha males but I also need that Alpha to have a female counterpart who is just as strong... This book definitely has that..." "This book was phenomenal! I spent 3 hours reading the whole thing in one shot because I couldn't put it down!" "The characters are engaging, the plot excitingly unique and the ending ties up all the loose ends. I strongly recommend anyone who loves action, romance and an adventure to purchase this book, you won't regret it." Devyn was not born she was created, and for a very important purpose: she was born to die. Possibly. If she made it out of the Battlefield alive with her Unit composed of eight people just like her, she's promised the freedom she had only previously dreamed of. But in order to do so, she must kill members of other rival Units fighting for the same thing. When you're raised to be a weapon, fighting - killing - is the only thing you know. At least, that's what Gerard, her breeding partner, constantly tells her. Just because they were, quite literally, made for each other didn't mean they had to like each other, but they definitely had to trust each other if they wanted to survive.