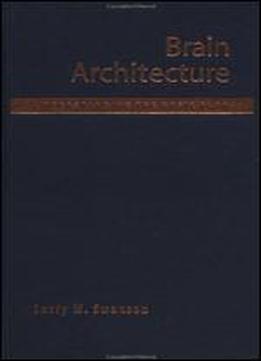 Depending on your point of view the brain is an organ, a machine, a biological computer, or simply the most important component of the nervous system. How does it work as a whole? What are its major parts and how are they interconnected to generate thinking, feelings, and behavior? This book surveys 2,500 years of scientific thinking about these profoundly important questions from the perspective of fundamental architectural principles, and then proposes a new model for the basic plan of neural systems organization based on an explosion of structural data emerging from the neuroanatomy revolution of the 1970's. The importance of a balance between theoretical and experimental morphology is stressed throughout the book. Great advances in understanding the brain's basic plan have come especially from two traditional lines of biological thought evolution and embryology, because each begins with the simple and progresses to the more complex. Understanding the organization of brain circuits, which contain thousands of links or pathways, is much more difficult. It is argued here that a four-system network model can explain the structure-function organization of the brain. Possible relationships between neural networks and gene networks revealed by the human genome project are explored in the final chapter. The book is written in clear and sparkling prose, and it is profusely illustrated. It is designed to be read by anyone with an interest in the basic organization of the brain, from neuroscience to philosophy to computer science to molecular biology. It is suitable for use in neuroscience core courses because it presents basic principles of the structure of the nervous system in a systematic way.