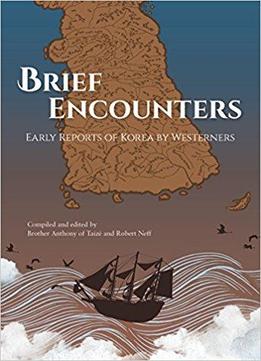 Literary Nonfiction. Asian & Asian American Studies. This anthology is a compilation of Westerners' accounts of their visits to Korea, originally published in books or newspapers before the country opened its doors in the late nineteenth century. The opening of Korea made it possible to explore the country in detail and write detailed accounts. Prior impressions were garnered mostly from brief visits to remote islands along the coast. The accounts published here are mainly anecdotal, and contain many generalizations. However, the accumulated impressions of these early encounters surely influenced the perspectives of later travelers, and help explain the overwhelmingly negative image of Korea that Western governments harbored at the time.The book can serve as a useful resource for studying Korea's early interactions with the outside world, and will give readers an idea of the criteria by which Westerners judged the foreign "other."