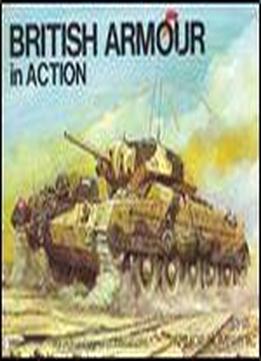 In our present volume dealing with "British Armour In Action" we shall begin our discussion with the Battle of France and proceed to North Africa. The coverage of vehicles has been limited to those which appear in service by the time of the Battle of El Alamein. These limits cover almost one half of the Second World War period and were the most formative for the British tank forces who would later enter battle on the European continent. The lessons learned in France and North Africa were done so from practical experience in contrast to book principles, though book principles had been tried in the beginning. One book which might have been of some assistance was the one being written in Poland and France by the German Panzer divisions. The engagements between British and Italian forces in North Africa could not be considered a sound basis to prepare future plans in handling armored formations. The down to business aspects of North Africa commenced with the arrival of the Desert Fox, Rommel.