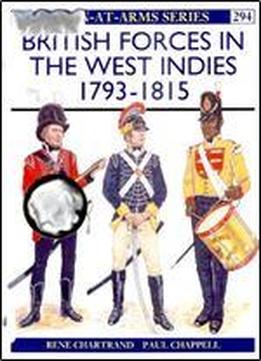 Two centuries ago, the West Indies were a booming set of islands where vast fortunes were made. By the late 1790s, the West Indies attracted four-fifths of British overseas capital investments and provided over one-eight of the government's ?31.5 million total net revenue to the Treasury. These figures explain the tremendous numbers of naval and military forces deployed to protect these valuable Caribbean territories during the French Revolutionary Wars (1792-1802) and beyond. This fascinating volume by Rene Chartrand examines these forces, including a wealth of illustrations and photographs and eight full page colour plates by Paul Chappell.