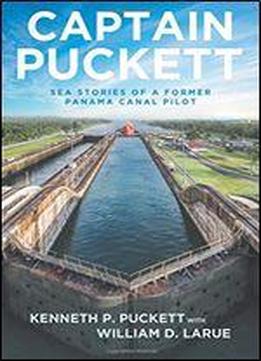 For nearly 16 years, until he retired in 1996, Captain Puckett helped to guide ships through the historic Panama Canal as a maritime pilot on more than 1,400 transits. On the pages of his autobiography, he navigates through tales of his rocky childhood in northern Kentucky his military adventures in both the U.S. Navy and U.S. Army, where he served two tours of Vietnam and what it was like in Panama in the 1980s as the Central American country fell into chaos under the dictatorship of Manuel Noriega. Captain Puckett shares what it was like being a maritime pilot on the canal during its turbulent years of transition to ownership by Panama after nearly a century under U.S. control.