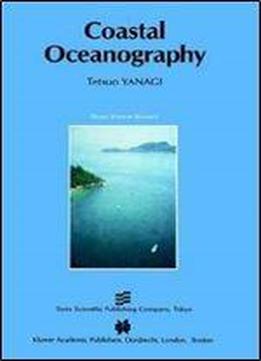 A coastal sea area usually indicates a sea area between a continental shelf break with a water depth of about 200 m and the land shore. About 70% of global fish resources spend part of their life cycle in the coastal seas, which accounts for 90% of marine biomass yield. Freshwater and nutrients from the land have a great influence on the coastal seas, especially since more than half the human population lives within 100 km of a coast. Chemical reactions occur there rapidly between substances from the land as they encounter substances from the ocean. In terms of physics, a coastal sea acts as a boundary layer and kinetic energy is actively exchanged there. But if coastal oceanography were to be summed up in a single sentence, it would be `the study that quantitatively makes clear the material transport in the coastal sea area'. Because the physical, chemical and biological processes relate to the material transport in the sea, it can be said the coastal oceanography is a genuinely interdisciplinary study. This book clarifies the quantitative material transport processes in the coastal sea area, mainly from a physical viewpoint. s