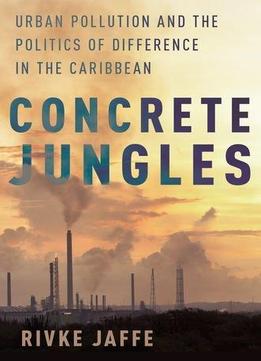 Concrete Jungles: Urban Pollution And The Politics Of Difference In The Caribbean
by Rivke Jaffe / 2016 / English / PDF

In the popular imagination, the Caribbean islands represent tropical paradise. This image, which draws millions of tourists to the region annually, underlies the efforts of many environmentalists to protect Caribbean coral reefs, mangroves, and rainforests. However, a dark side to Caribbean environmentalism lies beyond the tourist's view in urban areas where the islands' poorer citizens suffer from exposure to garbage, untreated sewage, and air pollution.

Concrete Jungles explores the reasons why these issues tend to be ignored, demonstrating how mainstream environmentalism reflects and reproduces class and race inequalities. Based on over a decade of research in Kingston, Jamaica and Willemstad, Curaçao, Rivke Jaffe contrasts the environmentalism of largely middle-class professionals with the environmentalism of inner-city residents. The book combines a sophisticated discussion of the politics of difference with rich ethnographic detail, including vivid depictions of Caribbean ghettos and elite enclaves. Jaffe also extends her analysis beyond ethnographic research, seeking to understand the role of colonial history in shaping the current trends in pollution and urban space.

A thorough analysis of the hidden inequalities of mainstream environmentalism, Concrete Jungles provides a political ecology of urban pollution with significant implications for the future of environmentalism.