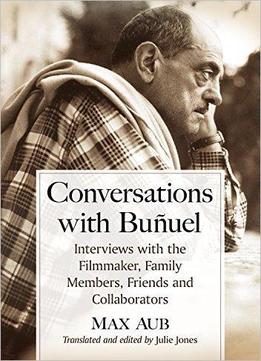 This book features extended conversations with Spanish filmmaker Luis Bunuel (1900-1983) and interviews with his family members, friends and colleagues–including Salvador Dali, Louis Aragon and Fernando Rey–conducted by Max Aub in the late 1960s and early 1970s. Notorious for inventing fanciful versions of his life and his creative output, Bunuel was hard put to deceive the astute Max Aub, who shared Bunuel's background in Spain, in Paris during the Spanish Civil War, and in Mexico, where they were friends and collaborators.

Originally published in Spain in 1985, this translated (the first in English) and expanded edition (with several significant interviews and a detailed index not found in the original) provides a detailed picture of Bunuel's life and art. Extensive notes contextualize the conversations and acknowledge the discoveries of recent studies on Bunuel.