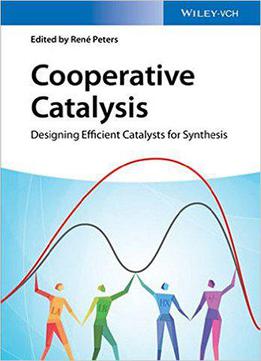 Written by experts in the field, this is a much-needed overview of the rapidly emerging field of cooperative catalysis. The authors focus on the design and development of novel high-performance catalysts for applications in organic synthesis (particularly asymmetric synthesis), covering a broad range of topics, from the latest progress in Lewis acid / Br?nsted base catalysis to e.g. metal-assisted organo catalysis, cooperative metal/enzyme catalysis, and cooperative catalysis in polymerization reactions and on solid surfaces. The chapters are classified according to the type of cooperating activating groups, and describe in detail the different strategies of cooperative activation, highlighting their respective advantages and pitfalls. As a result, readers will learn about the different concepts of cooperative catalysis, their corresponding modes of operation and their applications, thus helping to find a solution to a specific synthetic catalysis problem.