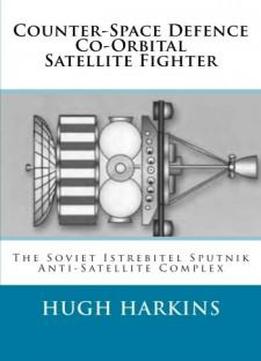 Counter-Space Defence Satellite Fighter - ASAT (Anti-Satellite) complex The Soviet Counter-Space Defence Satellite Fighter complex was the only dedicated anti-satellite system to be operationally deployed during the Cold War. This system, which was allocated to alert duties in 1972 and attained full operational capability in 1978, served beyond the break-up of the Soviet Union in December 1991, being decommissioned by the Russian Federation in 1993. This volume sets out to detail, from the historical and technological perspectives, the Counter-Space Defence Satellite Fighter complex. The road, factual and propaganda, that led to the development of the ASAT complex is detailed, as well as the Counter-Space Defence Satellite Fighter complex itself, along with the flight test and development program leading to actual deployment of the system. At varying times throughout the text the various weapon systems discussed will be referred to under their Soviet service and or manufacturer names and designations as well as, at appropriate times, under their NATO shadow designations, the latter of course being accepted by the Soviet Union for use in arms limitations and other treaties. All technical data concerning the respective weapon systems and their components have been provided by the respective design bureau/offices, as has much of the imagery and graphics with additional impute from United States intelligence agencies and defense department, the space agencies of the Ukraine and the Russian Federation, United States National Aeronautics and Space Administration and the Ministry of Defense of the Russian Federation.