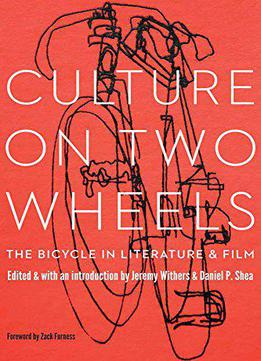 Culture On Two Wheels: The Bicycle In Literature And Film
by Jeremy Withers / 2016 / English / EPUB

Bicycles have more cultural identities than many realize, functioning not only as literal vehicles in a text but also as “vehicles” for that text’s themes, ideas, and critiques. In the late nineteenth century the bicycle was seen as a way for the wealthy urban elite to reconnect with nature and for women to gain a measure of personal freedom, while during World War II it became a utilitarian tool of the French Resistance and in 1970s China stood for wealth and modernization. Lately it has functioned variously as the favored ideological steed of environmentalists, a means of community bonding and aesthetic self-expression in hip hop, and the ride of choice for bike messenger–idolizing urban hipsters. Culture on Two Wheels analyzes the shifting cultural significance of the bicycle by examining its appearances in literary, musical, and cinematic works spanning three continents and more than 125 years of history. Bringing together essays by a variety of cyclists and scholars with myriad angles of approach, this collection highlights the bicycle’s flexibility as a signifier and analyzes the appearance of bicycles in canonical and well-known texts such as Samuel Beckett’s modernist novel Molloy, the Oscar-winning film Breaking Away, and various Stephen King novels and stories, as well as in lesser-known but equally significant texts, such as the celebrated Russian director Andrei Tarkovsky’s film Sacrifice and Elizabeth Robins Pennell’s nineteenth-century travelogue A Canterbury Pilgrimage, the latter of which traces the route of Chaucer’s pilgrims via bicycle.