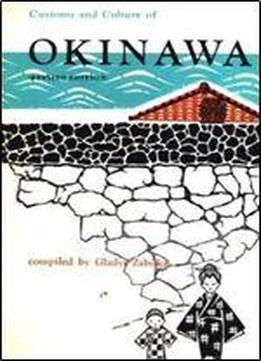 The material in this book was originally used as a guide for the hundreds of boys and girls attending the American schools on the military base of Okinawa. Until the Easter Sunday invasion in the year 1945, very little was known of this Pacific island of the Far East. Since then, Americans have played an impoitant part in its reconstruction and this book was compiled to further their understanding of this island civilization and its people and customs. Though a number of years have passed since the arrival of Americans on Okinawa, there has always been a dearth of relevant yet easy-to-absorb information for the American visitor in this country. The compiler-author of this little book supplied this need with its first edition. This proved to be extremely popular and was soon sold out. In view of the demand for further copies the author and publishers are pleased to be able to present this revised edition in the belief that it will be of use to all those who wish to make the most of their sojourn in Okinawa and its outlying islands.