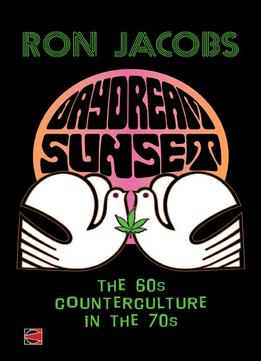 Daydream Sunset: The Sixties Counterculture In The Seventies
by Ron Jacobs / 2015 / English / EPUB

The Sixties remade Western culture. The Beats, rock and roll, and the bepop subcultures of the 1950s exploded into the psychedelic mishmash of politics, youth, sound, art, and movement that became known as the counterculture. The counterculture existed in large part because of a healthy dose of LSD and marijuana. Primarily a white youthful phenomenon, it changed the cultural landscape in the West forever. Combined with the popular political movements of the day—many of which considered the counterculture theirs, too—it was possible in early 1969 to believe that "the" Revolution was just around the corner. Then things fell apart. Nixon. Cambodia, Kent State and Jackson State. Between the actions of the government and the cooptation of the culture by big time capitalism, the counterculture stumbled, then fell. The decade of the 1970s was a time of retreat by the forces represented by the counterculture and new left. It was also a time when the forces of the old regained political and cultural turf. However, despite the latter's best efforts, some things would never return to how it was before the cultural shifts of the 1960s. In Daydream Sunset, author Ron Jacobs takes a look at that decade of aftermath and discusses what happened in the years immediately after the counterculture's crest.