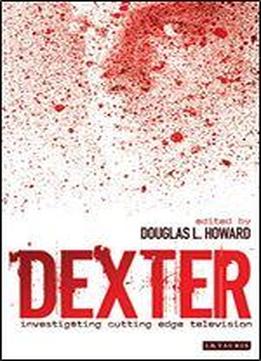 Based upon the successful Jeff Lindsay novel Darkly Dreaming Dexter, Showtimes Dexter continues to raise the bar on television drama, as it chronicles the grisly exploits of a police blood spatter expert who moonlights as a serial killer. But unlike other serial killers, Dexter only kills the bad guys, a distinction that sets up one of the primary ethical conflicts of the show. For fans who want to delve deeper into the fascinating complexity of this hit show, this guide offers a wide range of topics that will give bloggers, tweeters, and aspiring spatter experts a lot to talk about. Includes: A complete episode guide to the first three seasons An exclusive interview with Darkly Dreaming Dexter author Jeff Lindsay A world-class group of critics offering the first lively investigation of the shows issues Chapters on Dexter as a vigilante hero, Dexter and psychoanalysis, the politics of Dexter, the German "obsession" with Dexter, and much more