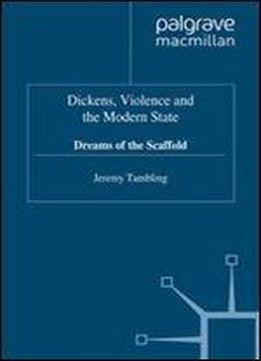 Dickens, Violence And The Modern State: Dreams Of The Scaffold
by J. Tambling / 1995 / English / PDF

In a radical reassessment of one of the greatest writers of all time, Dickens, Violence and the Modern State draws on the theories of Foucault, Deleuze and Guattari, in addition to Julia Kristeva and Edward Said, to situate Dickens within the discourses circulating within his society - in particular those associated with modernity. Focussing on Dickens's novels written after 1848, his relationship to modernity can be seen in his treatment of violence, seen in two forms in his writing: that of the state (in the rationalising powers of Victorian bourgeois modernisation), and physical violence, as portrayed in Dickens's criminals and interest in masochism and corpses.