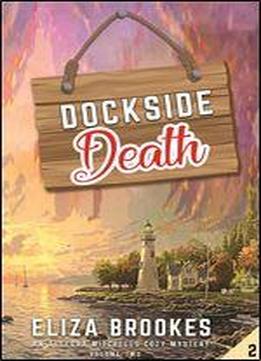 Allegra Mitchells has learned somethings recently. Sometimes, the people you thought you knew turn out to be psychotic murderers, the police generally don’t like it when you solve a murder before they do and finally, small towns are very boring. After a tough few months, Allegra was finally ready to relax and settle into her new home, and maybe make new friends. She was determined to put her flighty ways behind her and stop running from her past. What she did not expect was her past to come waltzing through the door and ask her to solve a murder. While she would be happy to let the police deal with it, after all the new police chief did ask (order) her to focus on writing instead of investigating crimes, but there are just some people you can’t say no to. Facing a near impossible deadline, Allegra must find the truth before a vengeful father takes justice into his own hands. Will she be able to find a killer who left no trace? And will she be able to come to terms with the fact that her home might not be as tranquil as she thought?