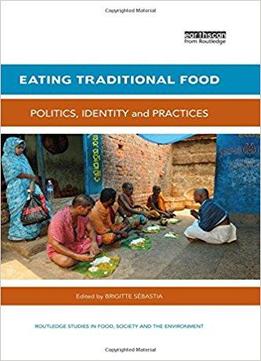 Due to its centrality in human activities, food is a meaningful object that necessarily participates in any cultural, social and ideological construction and its qualification as 'traditional' is a politically laden value. This book demonstrates that traditionality as attributed to foods goes beyond the notions of heritage and authenticity under which it is commonly formulated.

Through a series of case studies from a global range of cultural and geographical areas, the book explores a variety of contexts to reveal the complexity behind the attribution of the term 'traditional' to food. In particular, the volume demonstrates that the definitions put forward by programmes such as TRUEFOOD and EuroFIR (and subsequently adopted by organisations including FAO), which have analysed the perception of traditional foods by individuals, do not adequately reflect this complexity. The concept of tradition being deeply ingrained culturally, socially, politically and ideologically, traditional foods resist any single definition.

Chapters analyse the processes of valorisation, instrumentalisation and reinvention at stake in the construction and representation of a food as traditional. Overall the book offers fresh perspectives on topics including definition and regulation, nationalism and identity, and health and nutrition, and will be of interest to students and researchers of many disciplines including anthropology, sociology, politics and cultural studies.