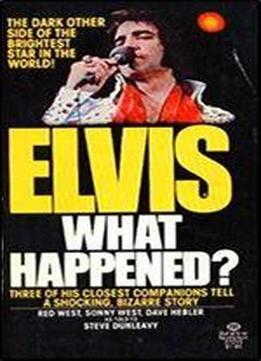 A devoted son. A generous friend. A model Army recruit. A gifted entertainer. A beloved hero to millions. This is the Elvis Presly the world knew - and cherished. Brooding. Violent. Obsessed with death. Strung out. Sexually driven. This is the other side of Elvis – according to the three men who lived with him through it all - a man who: - Chamed a beautiful young fan into joining him on a drug binge for two that nearly killed her - Took a group of friends on a 3 A.M. visit to a mortuary to look at corpses and talk about embalming - Hurled a pool cue at a party guest who interrupts his game, injuring her breast - Talked with his bodyguard about a "hit" on the man he felt stole his wife Steve Dunleavy has woven together the experiences of three Presley bodyguards who were there partying with him, womanizing with him, worrying with him - tasting the pleasure and the pains of life with the most fabulous star in showbiz history!