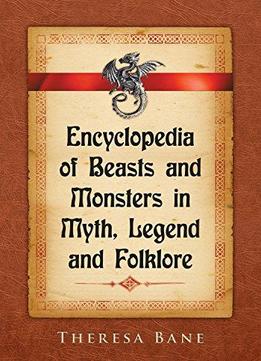 Encyclopedia Of Beasts And Monsters In Myth, Legend And Folklore
by Theresa Bane / 2016 / English / EPUB

"Here there be dragons"–this notation was often made on ancient maps to indicate the edges of the known world and what lay beyond. Heroes who ventured there were only as great as the beasts they encountered. This encyclopedia contains more than 2,200 monsters of myth and folklore, who both made life difficult for humans and fought by their side. Entries describe the appearance, behavior, and cultural origin of mythic creatures well-known and obscure, collected from traditions around the world.