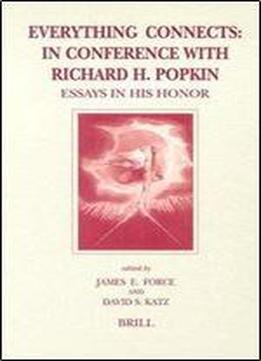 Richard H. Popkin has already been celebrated in two Festschriften as one of the century's greatest historians of philosophy. This latest book, whose editors were among those who prepared the first two volumes, centers on Popkin's crucial role in bringing together scholars from around the world in a long series of academic conferences and learned meetings which helped transform the field from one of solitary endeavour into a 'Republic of Letters'.