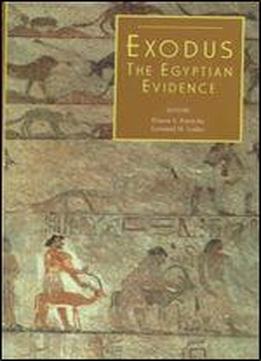 Few events have shaped Jewish and Christian tradition more than the Exodus from Egypt - and few have been as controversial for historians. The emphasis in the past has been on understanding the Exodus in light of Israelite history and Israelite origins. This book - a collection of six papers given at a conference at Brown University - looks at new evidence of the Exodus: the Egyptian evidence. The contributors include leading historians, archaeologists, Egyptologists and literary scholars. Join them as they discuss, among many other topics, whether the Exodus was a specific historical event or a wider phenomenon spread over time, whether wall reliefs at Karnak depict a battle between the Egyptians and the Israelites, and whether the Israelites emerged from within ancient Canaanite society.