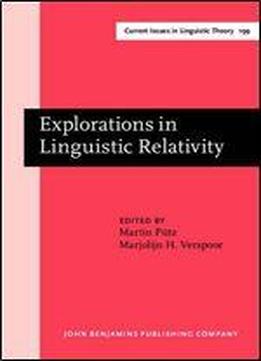 About a century after the year Benjamin Lee Whorf (18971941) was born, his theory complex is still the object of keen interest to linguists. Rencently, scholars have argued that it was not his theory complex itself, but an over-simplified, reduced section taken out of context that has become known as the Sapir-Whorf hypothesis that has met with so much resistance among linguists over the last few decades. Not only did Whorf present his views much more subtly than most people would believe, but he also dealt with a great number of other issues in his work. Taking Whorf's own notion of linguistic relativity as a starting point, this volume explores the relation between language, mind and experience through its historical development, Whorf's own writing, its misinterpretations, various theoretical and methodological issues and a closer look at a few specific issues in his work.