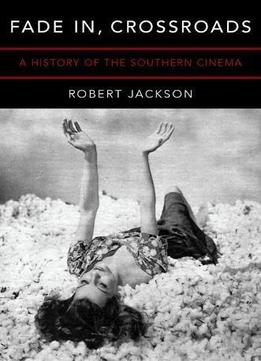 Fade In, Crossroads: A History Of The Southern Cinema
by Robert Jackson / 2017 / English / PDF

How did the US South contribute to the development of film? And how did film shape the modern South? In Fade In, Crossroads, Robert Jackson tells the story of the relationships between southerners and motion pictures from the silent era through the golden age of Hollywood. Jackson reveals the profound consequences of the coincidence of the rise and fall of the American film industry with the rise and fall of the South's most important modern product and export: Jim Crow segregation. He considers southern historical legacies on film, from popular Civil War films and comparably popular lynching films emerging in a time of prolific lynching in the South, to the resilient race film industry whose African American filmmakers forged an independent cinematic movement in defiance of the racial restrictions of both the South and Hollywood. He also traces the influence of film on future participants in the Civil Rights Movement, from prominent leaders such as Martin Luther King and Thurgood Marshall to film-industry veterans like Lena Horne and Paul Robeson to the millions of ordinary people, black and white, who found themselves caught up in the struggle for racial equality in the modern United States.