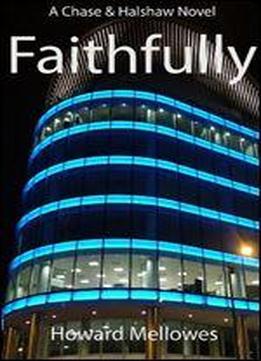 Trainee Detective Lauren Halshaw and her occasional mentor, DI Allen Chase, investigate the murder of life coach Lucy Faith and a series of burglaries in the prosperous West London suburb of Chiltern Park. Their enquiries lead to the head office of a multinational logistics group, where they uncover the passions and conspiracies that lurk behind the group's professional public image. Compassionate, intuitive, and vulnerable, Chase is an outstanding detective but a poor policeman, whose career is well past its peak. Halshaw is young, ambitious, and extremely capable, but in her eagerness to prove herself she makes a catastrophic mistake.