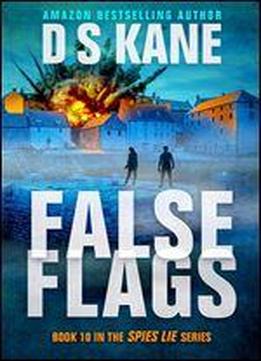 After hacker Ann Sashakovich marries her longtime boyfriend and former Mossad spy Jon Sommers, the two look forward to a romantic honeymoon in London to relax and connect. But while there, Avram Shimmel, Jon’s best friend and former boss, is recalled to the Mossad after Avram’s wife is among the two-hundred government officials killed by a terrorist bomb in Galilee. Appointed the new head of the Mossad and anguished by the loss of his wife, Avram only wants revenge against the murderers. The only clue to who is responsible are a set of stolen blueprints for a warfare device that seems patently impossible to produce. The plans will be dropped off for a spy handler on the Scottish coast in Islay and Mossad needs to get them first. Avram recalls Jon to the Mossad and asks Ann to join as a hacker before sending the honeymooning couple on a guided whiskey tour of Islay to see if they can retrieve the plans. But Jon and Ann aren’t the only spies looking to intercept the blueprints. With tourists on their bus trip dying off one-by-one, it looks like Jon and Ann are in over their heads. And when Ann turns for help to the rogue AI she built during the DARPA hackathon, she discovers things are far worse than she and Jon believed. Now the question is: can they survive long enough to secure the plan? Can they survive this honeymoon at all?