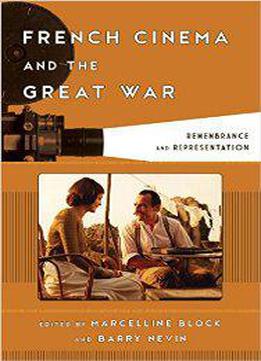 Even a century after its conclusion, the devastation of the Great War still echoes in the work of artists who try to make sense of the political, moral, ideological, and economic changes and challenges it spawned. France, the military major power of the Western Front, carries the legacy of battles on its own soil, and countless French lives lost defending the nation from the Central Powers. It is no surprise that the impact of the First World War can still be seen in French films into the present day. French Cinema and the Great War: Remembrance and Representation provides the first book-length study of World War I as it is featured in French cinema, from the silent era to contemporary films. Presented in three thematic sections — Recording and Remembering the Great War, Women at the Front, and Interrogating Commemoration — the essays in this volume explore the ways in which French film contributes to the restoration and modification of memories of the war. Films such as La Grande Illusion,King of Hearts, A Very Long Engagement, and Joyeux Noel are among those discussed in the volume's examination of the various ways in which film mediates personal and collective memories of this critical historical event. This volume will be an invaluable resource, not only to those interested in French Cinema or the cinema of the Great War, but also to those interested in the impacts of war, more generally, on the cultural output of nations torn by the violence, death, and destruction of military conflict.