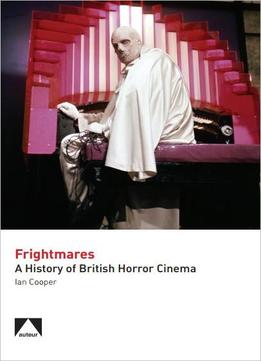 The horror film reveals as much, if not more, about the British psyche as the more respectable heritage film or the critically revered social realist drama. Yet, like a mad relative locked in the attic, British horror cinema has for too long been ignored and maligned. Even when it has been celebrated, neglect is not far behind and what studies there have been concentrate largely on the output of Hammer, the best-known producers of British horror. But this is only part of the story. It's a tradition that encompasses the last days of British music hall theater, celebrated auteurs such as Alfred Hitchcock and Roman Polanski and opportunistic, unashamed hacks.

Frightmares is an in-depth analysis of the home-grown horror film, each chapter anchored by close studies of key titles, consisting of textual analysis, production history, marketing and reception. Although broadly chronological, attention is also paid to the thematic links, emphasizing both the wide range of the genre and highlighting some of its less-explored avenues. Chapters focus on the origins of British horror and its foreign influences, Hammer (of course), the influence of American International Pictures and other American and European filmmakers in 1960s Britain, the 'savage Seventies' and the new wave of twenty-first century British horror. The result is an authoritative, comprehensive and, most importantly, entertaining survey of this most exuberant field of British cinema.