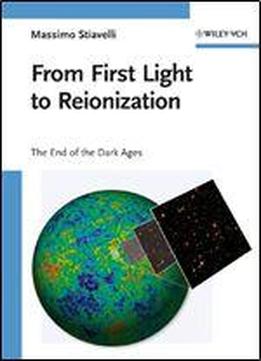 From First Light To Reionization: The End Of The Dark Ages
by Massimo Stiavelli / 2009 / English / PDF

This up-to-date and concise account of a critical period of the early universe directly links the latest theories and experiments. Targeted at cosmological problems rather than specific methods, it begins with an introduction reviewing the early universe and looks at why reionization is important. The process of reionization analyzes simple analytical considerations and compares existing observations, while a further chapter describes some of the issues regarding the transition from Population III to Population II stars, as well as the constraints that can be derived from WMAP. Further chapters survey the latest numerical modeling and future perspectives for studying the dark ages using galaxies as probes. Written by a scientist with much experience in both research and writing, this account is equally suitable for young researchers as well as master and PhD students.