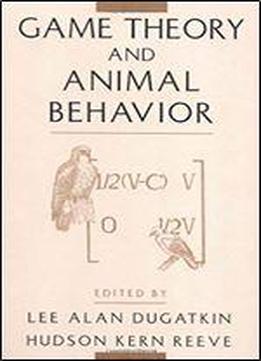 Game theory has revolutionized the study of animal behavior. The fundamental principle of evolutionary game theory that the strategy adopted by one individual depends on the strategies exhibited by others has proven a powerful tool in uncovering the forces shaping otherwise mysterious behaviors. In this volume, the first since 1982 devoted to evolutionary game theory, leading researchers describe applications of the theory to diverse types of behavior, providing an overview of recent discoveries and a synthesis of current research. The volume begins with a clear introduction to game theory and its explanatory scope. This is followed by a series of chapters on the use of game theory to understand a range of behaviors: social foraging, cooperation, animal contests, communication, reproductive skew and nepotism within groups, sibling rivalry, alternative life-histories, habitat selection, trophic-level interactions, learning, and human social behavior. In addition, the volume includes a discussion of the relations among game theory, optimality, and quantitative genetics, and an assessment of the overall utility of game theory to the study of social behavior. Presented in a manner accessible to anyone interested in animal behavior but not necessarily trained in the mathematics of game theory, the book is intended for a wide audience of undergraduates, graduate students, and professional biologists pursuing the evolutionary analysis of animal behavior.