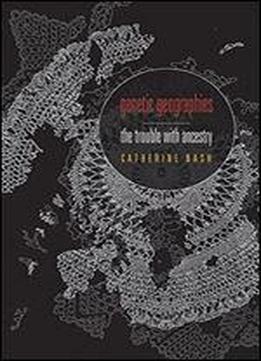 What might be wrong with genetic accounts of personal or shared ancestry and origins? Genetic studies are often presented as valuable ways of understanding where we come from and how people are related. InGenetic Geographies, Catherine Nash pursues their troubling implications for our perception of sexual and national, as well as racial, difference. Bringing an incisive geographical focus to bear on new genetic histories and genetic genealogy, Nash explores the making of ideas of genetic ancestry, indigeneity, and origins the global human family and national genetic heritage. In particular, she engages with the science, culture, and commerce of ancestry in the United States and the United Kingdom, including National Geographic's Genographic Project and the People of the British Isles project. Tracing the tensions and contradictions between the emphasis on human genetic similarity and shared ancestry, and the attention given to distinctive patterns of relatedness and different ancestral origins, Nash challenges the assumption that the concepts of shared ancestry are necessarily progressive. She extends this scrutiny to claims about the natural differences between the sexes and the nature of reproduction in studies of the geography of human genetic variation. Through its focus on sex, nation, and race, and its novel spatial lens, Genetic Geographies provides a timely critical guide to what happens when genetic science maps relatedness.