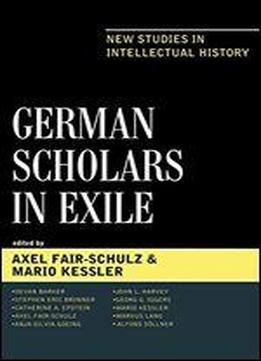 German Scholars in Exiledeals with intellectuals who fled Nazi Germany and found refuge in either the United States or in American Services in Great Britain and post-WWII Germany. The volume focuses on scholars who were outside the commonly known Max Horkheimer-Hannah Arendt circles, who are less well-known but not less important. Their experiences ranged from an outstanding career at an Ivy-League university to a return to the German Democratic Republic and a position as an economic advisor to East Berlin's party leadership. None had actual political power, but many asserted some degree of influence. Their intellecutal legacies can still be seen in today's political culture.