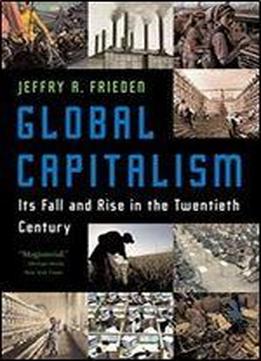 Global Capitalism: Its Fall And Rise In The Twentieth Century
by Jeffry A. Frieden / 2007 / English / EPUB

"Magisterial historyone of the most comprehensive histories of modern capitalism yet written." Michael Hirsh, New York Times Book Review In 1900 international trade reached unprecedented levels and the world's economies were more open to one another than ever before. Then as now, many people considered globalization to be inevitable and irreversible. Yet the entire edifice collapsed in a few months in 1914. Globalization is a choice, not a fact. It is a result of policy decisions and the politics that shape them. Jeffry A. Frieden's insightful history explores the golden age of globalization during the early years of the century, its swift collapse in the crises of 1914-45, the divisions of the Cold War world, and the turn again toward global integration at the end of the century. His history is full of character and event, as entertaining as it is enlightening.