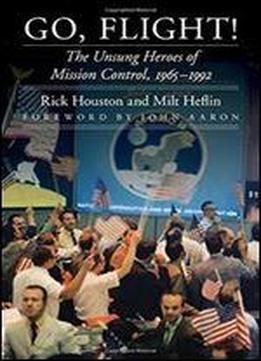 At first glance, it looks like just another auditorium in just another government building. But among the talented men (and later women) who worked in mission control, the room located on the third floor of Building 30at what is now Johnson Space Centerwould become known by many as the Cathedral. These members of the space program were the brightest of their generations, making split-second decisions that determined the success or failure of a mission. The flight controllers, each supported by a staff of specialists, were the most visible part of the operation, running the missions, talking to the heavens, troubleshooting issues on board, and, ultimately, attempting to bring everyone safely back home. None of NASAs storied accomplishments would have been possible without these people. Interviews with dozens of individuals who worked in the historic third-floor mission control room bring the compelling stories to life. Go, Flight! is a real-world reminder of where we have been and where we could go again given the right political and social climate.