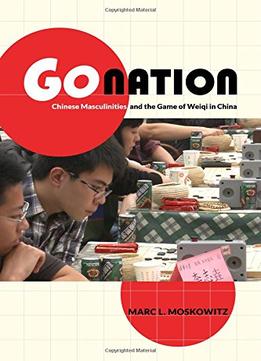 Go (Weiqi in Chinese) is one of the most popular games in East Asia, with a steadily increasing fan base around the world. Like chess, Go is a logic game but it is much older, with written records mentioning the game that date back to the 4th century BC. As Chinese politics have changed over the last two millennia, so too has the imagery of the game. In Imperial times it was seen as a tool to seek religious enlightenment and was one of the four noble arts that were a requisite to becoming a cultured gentleman. During the Cultural Revolution it was a stigmatized emblem of the lasting effects of feudalism. Today, it marks the reemergence of cultured gentlemen as an idealized model of manhood. Marc L. Moskowitz explores the fascinating history of the game, as well as providing a vivid snapshot of Chinese Go players today. Go Nation uses this game to come to a better understanding of Chinese masculinity, nationalism, and class, as the PRC reconfigures its history and traditions to meet the future.